We will operate Hardscuffle and its subsidiaries at the highest level of regulatory and ethical excellence to deliver long-term, tax-favorable returns to its shareholders by:

In addition to the Company’s ethical principles, we fully support the following principles of ethical market conduct:

Hardscuffle, Inc. /American Life & Accident has a longstanding civic commitment to Louisville, Kentucky. The Companies’ strategy for financial and in-kind support of non-profit organizations is to perpetuate the traditions and values of the Companies, with primary consideration given to: 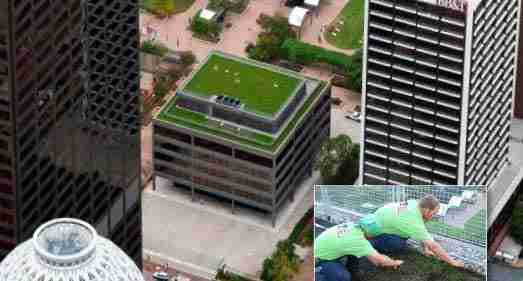 In 2009, Nana Lampton had decided to repair and improve the Mies building on the riverfront, and in re-doing the roof, wanted to add a green roof.

Turner Construction, the general contractor, asked Louisville company, American Roofing, the Johns-Manville company, a vendor that helped Millennium Park in Chicago, the growers of sedum in mats, and Bernheim Forest to grow the 500 native plants that could endure urban extremes to join as a team.

In one year, the combination of four inches of soil – a loose mixture, the mats of sedum, and the three test beds, cut the utility costs by one-third, consistently, even through the most extreme heat. 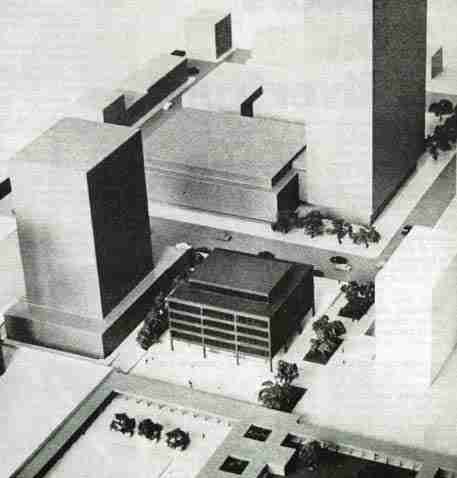 The site of the signature rust-colored, steel building that is the headquarters of the American Life & Accident Insurance Co. of Kentucky is getting a major environmental- related upgrade.

The building, the centerpiece of Riverfront Plaza, was the last one designed by noted architect Mies Van der Rohe before his death in 1969. He is widely viewed as a pioneer of modern architecture.

The plaza at the riverfront site at 471 W. Main St. has been fenced off so work can begin. The plaza is being reconstructed in an effort to create what the designers call “a sustainable environment for the entire building campus that was begun with the creation of a sustainable roof garden for the building in 2009.”

Nana Lampton, chief executive officer of American Life, for many years has focused on developing at the location an environmentally friendly urban atmosphere and, according to a news release, has used the structure “as a model for adapting a building for energy efficiency and green infrastructure.”

She said in an interview that the plaza work should take no more than six months and will cost more than $1 million. The rust-appearing, steel building has 128,000 square feet of space and is fully occupied with at least a dozen tenants.
She said the project does not include any work on the exterior of the structure and is intended “to strictly rebuild the plaza.” A protective fence has been put up around the building’s entire perimeter, but people who work in the building will be able to come and go without restriction.

The building opened on the Riverfront Plaza and Belvedere in 1973.

John Carman, of the landscape architectural company CARMAN that is the lead design firm for the project, said the plaza reconstruction will fully respect the design created by Van der Rohe “with the simplicity of materials and the respect of the plinth created for the plaza as an object in the meadow that is iconic to Van der Rohe’s urban buildings.”

Carman said the new permeable and recycled materials for the plaza will reduce storm-water discharge into the combined sewer system. He said the materials will be of a similar texture and color of the original terrazzo used for the plaza’s construction.